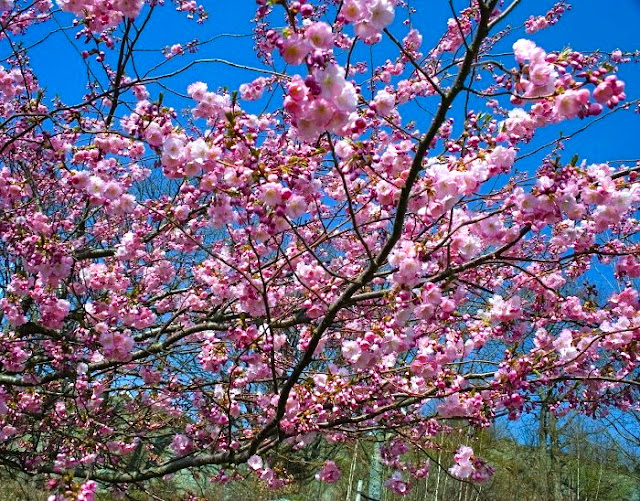 A couple of weeks ago I told about how I after 53 years have reestablished the contact with a woman who, when I was a young lad, had made a number of lasting impacts of my life; my way of thinking, my subjective well being and  certain of my neurosis. After our first Skype-meeting (Eva is living in Sweden), I experienced an epileptic seizure / primal feeling when I was conscious and could follow the cramp around, and in my skull ended by hyperventilation and an experience how highly concentrated air wheezed out of my nose, mouth, eyes and ears as if I had been exposed to oxygen treatment.


Eva and I continue to stay in touch via email and Skype. Yesterday, we talked on Skype for a couple of hours and I had a sensation that I want to make up for 53 years here and now. I cannot stop myself from talking. I can see and understand that Eva gets tired of my tremendous urge to compress 53 years into a couple of hours. After we had ended our video conversation I was full of energy and read “Lord Jim” for a couple of hours.


Then I fell asleep and two hours later I woke up and started to hyperventilate and this time my feelings (primals) did not come from my head but from my throat and lungs. It was like my lungs were turned inside out, like an asthma attack, and they pushed off ingrained mucus. It was a painful but liberating process /experience. Simultaneously, with the reactions of my lungs, my body was bent and twisted back and forth and pulled out backwards.


For me, today, to go through these primal feelings is no longer scaring. The primal feeling may be painful, but compared to an epileptic seizure; it is a pleasure.


Jan Johnsson
Posted by Jan Åke Johnsson at 7:21 AM 0 comments 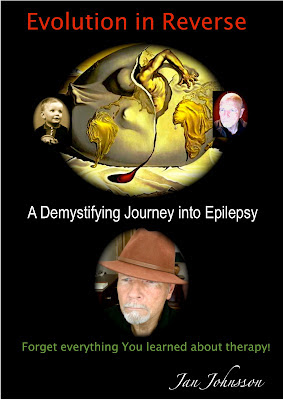 I read a resignation, from a Primal Therapy point of view, when you with ever greater frequency are telling us that you are “only the messenger” who is around to tell us what happens if a mother and her husband don’t love each other and fight and subject the fetus to crazy diets, drinking and drug taking. Not to speak of many others, for example, those religious mothers who decide to follow the bible literally and give birth with Pain. Your resignation I interpret the following way: To develop a universal therapy to feel and reverse the evolution is working as a complete cure only in exceptional cases.
Of course, the messages to all future parents are the most important thing, now that we know all the consequences you are explaining so pedagogically in your books and Reflections. We will obviously continue to spread your announcement to the next generations, but, I am left with a bitter sweet taste after all I’ve been through to survive. You helped me to a new life, and it certainly is a sweet feeling to have demystified my epilepsy. The bitter feeling I am getting when I think about those having my kind of suffering / medical history. They will have nowhere to go, but the traditional treatment which, by all it’s ambitions, is a paraphrase of cognitive therapy helped by drug taking.
Let us hope for a worldwide revolution in childbearing so that the 9 months of pregnancy and the first few, developmentally critical years of life, occurs with unconditional love and maximum protection / care. The question, however, is if this is possible without, first, a new   representative, universal social revolution will be emplemented.
You stated from the start, decades ago, that one of the supporting pillars of the Primal Therapy is that it’s truly democratic in structure and function. I personally experienced the Primal Therapy as a therapy with rules, but democratic. It was / is a therapy with true democratic ambitions surrounded and influenced by a world of democratic dictatorships.
Jan Johnsson

Posted by Jan Åke Johnsson at 5:16 AM 0 comments 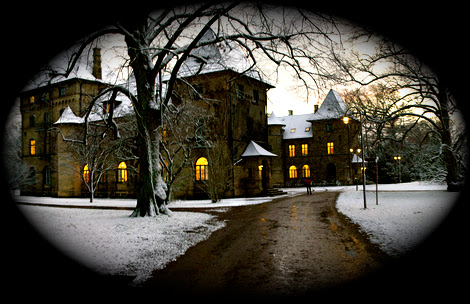 53-60 years ago, before I developed epilepsy, and lived in a beautiful park that belonged to an agricultural university, there was a girl, Eva,  who I liked and respected very much. I have earlier written about how she made lasting impacts on my life. The first memory which turned out very positive (giving me a lifelong subjective well being), was how Eva told me, at age 17, that I had a psychological ability. The other memory which turned into a neurosis was caused by my interpretation of a comment from Eva, regarding how I had mismatched the color of my shoes to my dress. Add to that the fact that, before I moved to Denmark, Eva gave me a photo of herself, dedicated to “the love of her teens”, which I have guarded until this day in my Pandoras’s Box.


A few months ago, through my sister in Sweden, I got contact with Eva and we have since  maintained an extensive correspondence by e-mail. However, after my suggestion to developing our relationship to include calls via Skype, yesterday, we finally got it all together and for the first time in 53 years, there she was, Eva, the girl from my youth. I, made a trip back in time, became 17 years and went on as if we had met last week... Eva was more moved and could not believe how this was now possible... (she spent her life as  an award-winning university lecturer in Physical Chemistry). When we thought we’d talked for 10-15 minutes, so had, in reality 70 minutes gone according to Skype’s timing.


An infinite number of memories, which certainly had not expected to be activated any more time, must, head over heals, leave their hiding places. To slow down after the call, I spent a couple of hours reading “The significance of a revolution in genetics and molecular biology”. Then I went to bed, pleasantly relaxed, and fell asleep quickly. After a couple of hours, I woke up in the middle a dream about having a hallucination / feeling of releasing “locked-in-tensions”. Being awake nothing happened first, but after a short while, I knew that a seizure was on the verge to happen. However, no aura, no confusion just a deep experience telling me that these were the ruins, the remains of a former grand mal seizure.

The muscles around my cranium pulled themselves together, contracted, and to avoid biting my tongue; I pressed my jaws together with both my hands. The cramp developed painfully but nicely around and into my skull, and I stopped breathing. When a few minutes had passed, it was as highly concentrated air wheezed out of my nose, mouth, eyes and ears (followed by a very short and heavy hyperventilation) and then the contracted muscles relaxed. I was left with a convincing sense, which I’ve had before, that I, during the birth process, was exposed to oxygen treatment.
I went quickly out of bed. In the mirror, I could see that I was OK, and I was feeling great.
Jan Johnsson
Posted by Jan Åke Johnsson at 3:00 PM 0 comments

The Primal Revolution, the revolution that never happened.

The Primal Revolution.
Excellent essays in the New Atlantis, http://www.thenewatlantis.com/publications/getting-over-the-code-delusion , with the ambition to explain the significance of a revolution in genetics and molecular biology, inspired me to draw the following conclusions of what I have experienced in the Primal Therapy.
In the Primal Revolution, like what has been the case in the genomic revolution, the most glaring thing is that the revolution never happened. There has been a flow of new information about amazing technical achievement. “It’s true that we are gaining, even if largely by trial and error, certain manipulative powers. However, our understanding of the integrity and unified function of the living cells has, if anything, been more obscured than illuminated by the torrent of data.” Within Primal Therapy, we cannot even be disappointed that the DNA analysis did not provide a molecular crystal ball (which is the disappointment among many researchers in DNA) since our general approach is much more shallow and hard to define - and of course depending on where in the world of research, the dollars are injected.
The Primal Revolution stopped short. This is underlined by the fact that during 40 years, not a single, serious, heir to Art Janov has appeared. From the bright side, this says something about how far ahead of his time Art has been and how consistently and persistently, he continued to work and convince us through his well-written books. The less illuminated side is, that it shows how difficult it is to understand PT and to be a new master in something, which still is not quite a science. To quote and paraphrase the article in the New Atlantis:
“But is this surprising? The human body is not a mere implication of clean logical code in abstract conceptual space, but rather a play of complexly shaped and intricately interacting physical substances and forces. Yet the four genetic letters, in the researcher’s mind, became curiously detached from their material matrix. In many scientific discussions, it hardly would have mattered whether the letters of the “Book of Life” represented nucleotide bases or completely different molecular combinations. All that counted were certain logical correspondences between code and protein together with a few bits of regulatory logic, all buttressed by the massive weight of an unsupported assumption: somehow, by neatly executing an immaculate, computer-like DNA logic, the organism would fulfill its destiny as a living creature. The details could be worked out later.”
Art Janov has met a number of people which he successfully has treated. There seems to have been a common denominator for these people. They have all met a number of parameters to achieve their remarkable improvements and changes. They have been fully determined to overcome their serious problems, and for this, they have had sufficient material resources to act fearlessly and independently. Finally, they have been willing and had the courage to change their lives and / or situations in which they have been trapped, both mentally and literally.
A number of successful cases have kept Art Janov’s invention PT alive and eventually given him a profound metaphysical (on the border to be scientific) understanding on how evolution is building a sophisticated network in our brain and body to avoid mental and physical pain and help us to a conditional survival. Art Janov has been able to show us, that these conditional defenses take their tolls in other aspects, the negative effects of which, for example, can be read on the vital signs like pulse, heart beat and blood pressure. Many are paying the price of too early death due to cancer, tumors, heart attacks, etc.
Unfortunately, the Primal Revolution with its brave predictions, did prove a lot more complicated than expected. As a small but comfort, there is an infinite positive message in The Primal Therapy, and that is that there may exist an alternative, natural, way to cure both physical and mental pain systematically, when we have got everything together.
Jan Johnsson
Posted by Jan Åke Johnsson at 7:15 AM 0 comments