It is not only my iMac memory which needs a clean up...

It is not only my iMac memory which needs a clean up...

The book writing neurosurgeon and Art’s well formulated and defined Reflection (Is There Really a Heaven?), of what is happening at various levels in the brain when we at some early stage have been subjected to unbearable pain gave me a lot of reasons to think through and reorganize my memories of a long life in the shadow of pain, anxiety, religion, neurology, psychology and neuroses.

I have earlier in life, during an uncertain imminent threat of neurologic interventions due to my epileptic stigma, tried to convince me / “believe” that surgeons belonged to the group of professionals where accuracy and precision in "hand and mind” dominates. This belief has suffered a blow. Belief often fills an unbearable emptiness, which remains when  knowledge is lacking.

In the case of the fairy tale writing surgeon, he choose, due to lack of knowledge, to interpret his absurd experiences from his period of illness in religious terms and uses with disguised restriction his professional background / prestige to sell his book to a religiously drug dependent society with the help of a well known (not scientific!) magazine.

The advantage that my faith in the surgeons got a scratch is that it happens with the help of an insider who reveals what is below the surface even in surgeons...

Near death without hallucinations.

Wanted! A capacity for imagination! 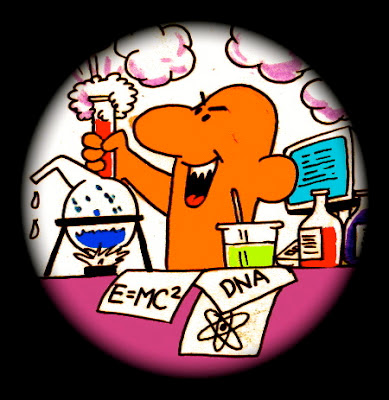 A capacity for imagination!

On several occasions I have pointed out how my life, gradually, has evolved / changed since I met Art Janov and began to to test and understand how he combined the evolution and the Primal Principals. Since I "luckily" was a psychological ignorant it had to be Arts, as a shrink, unorthodox imagination / vision to grasp my traumatic context / epilepsy, that appealed to my intuition, and that laid the foundation for the search, during decades, for my "hidden demons" / epilepsy.

That way, I eventually connected an entire ensemble of experiences; psychological, neurological, biogenetic and linguistic skills. Along with Arts guidance, Primal Therapy, Rolfing, career counseling, nutrition and physical training this increased my ability to connect "soul mates" between the emotional and the intellectual parts of my brain and my body. I slowly began to realize that what matters is not things, and terms but relations, movements and transformations. The fact that I, along with my "research of my destiny," had succeeded, for 30 years, to support myself as an international change consultant was an important ingredient in the interrelated factors that gave my life at least 20 years additional extension. My trip could, on many occasions, have easily derailed. I had numerous opportunities to go under. My deep set positive imprints, however, kept me on track.

I have for some months read a number of essays, articles and books about the ongoing revolution in genetics and molecular biology. If I had not had my own experience of Primal Therapy and Evolution in Reverse, I'm sure my curiosity would have been a search for precise explanatory mechanisms and codes, which had lead me, along a path of least resistance, toward a reduction of understanding. However an excellent guidance of Steven L. Talbott in his essays in The New Atlantis, have helped me to use my imagination to grasp the context in more Meaningful terms. These are my conclusions after my introduction into genetics and molecular biology:

The epigenetic revolution is working its way into an ever wider audience. From what is being written the conclusion might be that we are gaining new complex understanding how to treat the living organisms as a machine to be tampered. However, the lesson we eventually can draw from the work in modern molecular genetics is that life does not progressively shrink into a code or a module as we investigate its very small dimensions. “Biologists find life staring back at them from their chromatograms, electron micro graphs and gene expression profiles. Things do not become simpler, less organic, less animate.”

The information task deep down is essentially the same as the one higher up. Our understanding becomes easily constricted as we move downward, because the contextual scope and qualitative richness of the survey is utterly narrowed. A capacity for imagination is always required for grasping / envisioning a context in meaningful terms. At the contextual level the basic data are not things, but rather relations, movements, and transformations.

“To see the context is to see a dance not merely the bodies of the individual dancers.”