While Dr. Janov has lately reflected on his “war life” and on the psychological motives of the terrorists who on a daily basis harasses the Middle East and who recently paralyzed an unprepared but certainly not surprised Paris, I have, as a complement to his Reflections read Demian, written by the Nobel Prize winner, in 1946, Hermann Hesse. (He wrote the book, under the pseudonym, Emil Sinclair,  incidentally after WW1, when he had been in psychotherapy with his friend Carl Jung.) The novel invites the interpretation of my life in two, at least, development stages. The first stage extends from early childhood up until My Sturm und Drang / youth turmoil ended with that I, at 20, developed epilepsy. The second stage began when I read The Primal Scream, 1974, and was sucked into the Janov revolt against the, still, prevailing psychotherapeutic cognitive paradigm. Finally, I will enclose a passage from the novel Demian, which supports Janov’s analysis of the violence which stems from our, and especially from terrorists’, repressed pain.

Like Sinclair, I came from a religious home with a surrounding world that was different. In this way, I got early the taste for being "bilingual" / split. I learned to live in a religious family while managing my "secret" secular values and ideals. To fall asleep with mothers prayers grinding in the ears and on the morning after willingly adapt to my friends' values and spice my language with blasphemous or obscene language. Because my relationship with my father was emotionally lousy and limited to his practical approach to diligence and work ethic, so I got myself in my early teens talented and respected substitutes / role models. Among them was my first “Demian”. He was named Torsten Tegner a legendary journalist and newspaper owner. He answered my letters and sent me his dedicated memoir books. His light still shines.

The prize, which I paid as a rebel, was loneliness and suffering. A pain that I acted out by constantly talking, analyzing, fantasizing and daydreaming about how my emotions were satisfied. During sleep, I had overwhelming nightmares in which I fell and lost balance. My life until the 20s was an emotional turmoil at a high cost. (“It was no way to be!” as Art Janov says.) Although I do not wish someone the same painful experience I would not want to be without it. As Sinclair puts it: "A bird fighting its way out of the egg, and the egg was the world, and the world had to fall into pieces." "I looked for Abraxas the uniting of godly and devilish elements”.

After I read The Primal Scream, Arthur Janov became my Demian and inner guide. He opened up a new world. He furthermore stated that it largely existed within me. (“The memory remains in order to be experienced and liberated. We have the mechanism/organism for our own liberation inside us”.) I was convinced that, if I could release it, I could get free from my epilepsy. From that time, I had a double agenda and in everything I did, there was an LA-stay included / programmed.

Nothing revolutionizing happened during my 2 years in Primal Therapy. At least not on the surface. On the contrary, I was disappointed with the atmosphere that surrounded The Primal Institute. There was an aura among therapists and patients, which reminded me of the religious nonconformism that I grew up with and which I soon become allergic to. However, since I had paid big money I kept in touch but went on the backburner. My idealized picture of Arthur Janov was never disturbed because I, during these years, only saw him a few times at group meetings. Despite my limited attendance at the Primal Institute, the ideas of re-living repressed pain, which Art Janov sown in my mind,  grew ever stronger.

During my LA-years it was Vivian Janov who acted “Demians mother”. She had impressed me already by my strange impromptu interview (during a honeymoon trip to California in 1977) and would, moreover, later also help me with contacts in Boulder, Col., which would have important implications for how my therapy developed. The name, in Boulder, I was given by Vivan led to that I got my first contact with Ida Rolf and her Structural Integration. This experience would dramatically alter my therapeutic worldview in which The Primal Principle plays the same psychological role as gravity does in physics. Art Janov proceeded as my distant guide and he has, then and later, never forbidden that I skipped shafts, although he may have grumbled. Curiously, he never showed interest in my holistic experiments / successes. Probably he had too much unrelived pain to free himself from, thus he continued his life long quest, especially in patients, thereby maybe mirroring a kind of “authority” he inherited, while growing up, from insensitive parents. That reminds me of striking similarities to Alice Millers attitude.

The fact that Art Janov as the inventor of The Primal Principle was a true non-conformist in the psychotherapeutic world, did of course my own position being an outlier, not only to the cognitiv paradigm but also to The Primal Inventor, at times uncertain. Time, however, has so far given me the right, at least about my own fate. My holistic therapy options do not change the fact that with Art Janov, as my “Demian”, it's been an amazing journey. This journey has been more important than my destination.

Passage from the novel Demian:

“It was nearly winter by the time I was sent to the front.

In the beginning, despite the sensations aroused by the constant gunfire, I was disappointed in everything. Earlier I had thought a lot about why it was so extremely unusual for a person to be able to live for an ideal. Now I saw that many people, all in fact, are capabel of dying for an ideal. Only, it mustn’t be a personal, freely chosen ideal, but one held in common and taken over from other people.

But as time went by, I saw that I had underestimated people. Even though military service and their shared danger made them so much alike, nethertheless I saw many, the living and the dying, approach the acceptance of destiny in a splendid manner. Not only while attacking, but all the time, many of them, very many, had that steady, distant, almost obsessed gaze that is not directed at goals but indicates complete surrender to the prodigious. No matter what they chose to believe and think - they were ready, they were useful, the future could be formed from them. And no matter how inflexebly the world was clamoring for war and heroism, honor and other outmoded ideals, no matter how remote and unlikely every voice that apparently spoke up for humanity sounded, all of that was merely superficial, just as the question of the external and political aims of the war remained superficial.

Deep down, something was evolving. Something like a new humanity. Because I could see many people, and a number of them died alongside me, who had gained the emotional insight that hatred and rage, killing and destroying, were not linked to the specific objects of that rage. No, the objects, just like the aims, were completely accidental. Those primal feelings, even the wildest of them, weren’t directed against the enemy; their bloody results were merely an outward materialization of peoples inner life, the split within their souls, which desired rage and kill, destroy and die, so that they could be reborn. A gigantic bird was fighting its way out of the egg, and the egg was the world, and the world had to fall to pieces.” 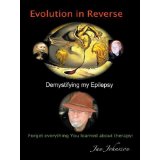